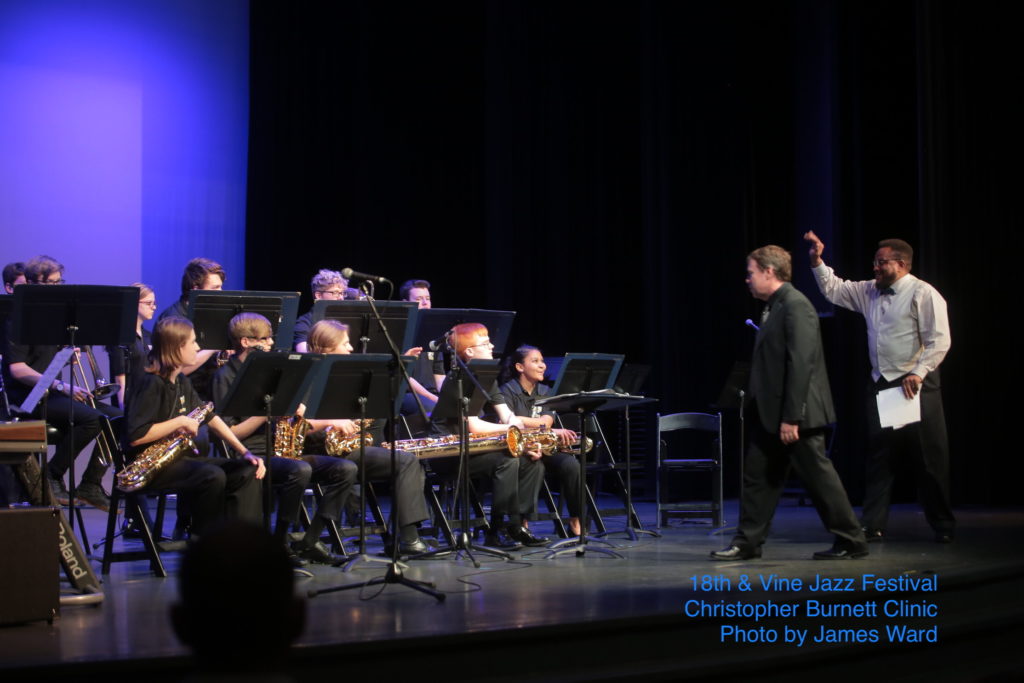 Mr. Burnett’s jazz clinic on January 24, 2020 at 10:45 am for the Missouri Music Educators Association conference in Tan-Tar-A went great and was well-received.

Mr. Burnett defines “jazz speak” as a hybrid vernacular that includes verbal uses of terms from nearly every era of musical theory and study, along with terms that have become exclusive to “jazz” musicians.

“It typically sounds ‘cool,’ but can be quite confusing,” – Burnett says... 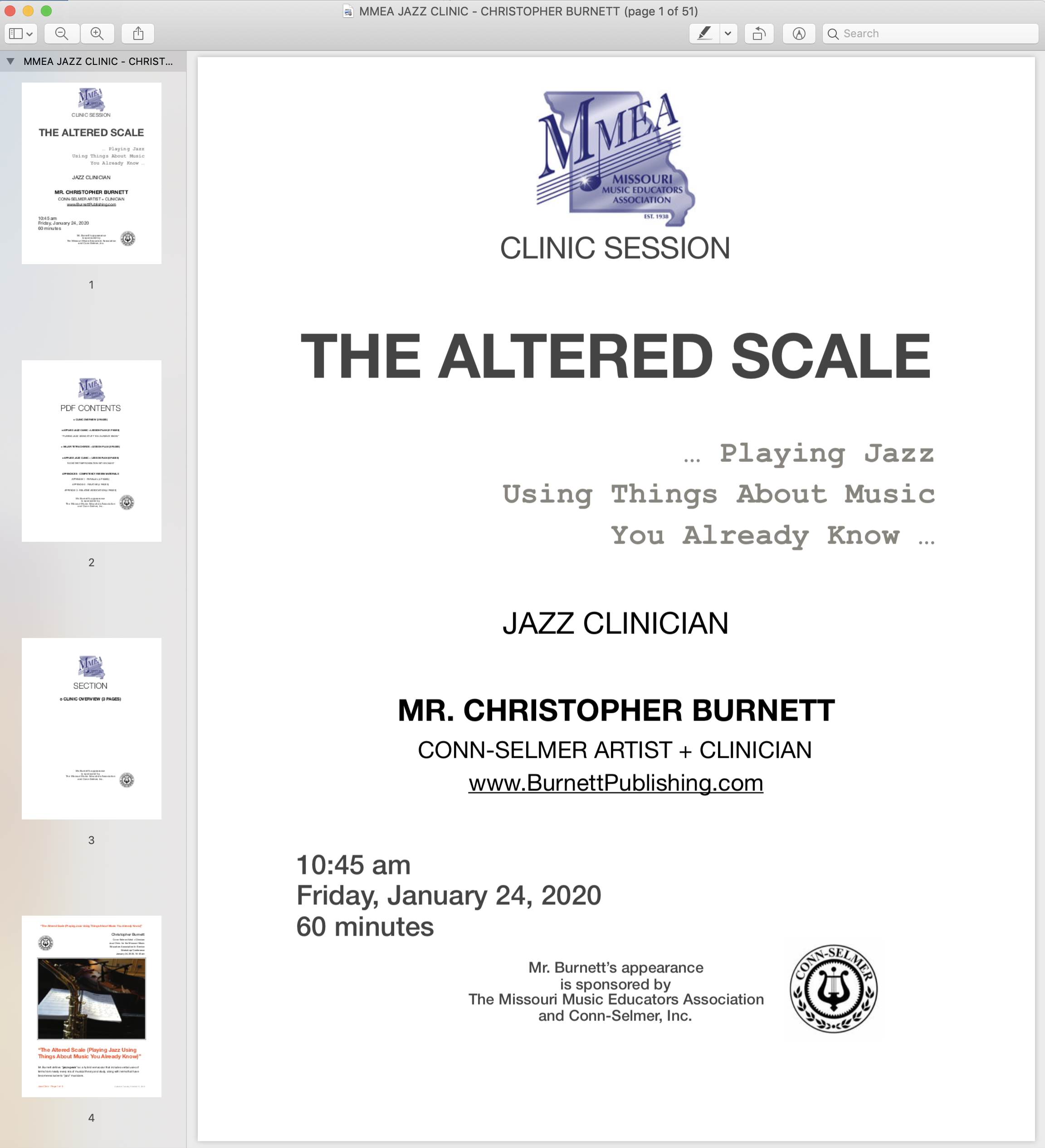 o Free PDF Download of this clinic to attendees.